The first US patent to University of Colombo A team of academics of the Faculties of Science and Medicine from the University of Colombo received the first US patent for their discovery of a compound that shows significant anti-cancer activities.

What is the US Patent?

The US Patent is a law that is branched with intellectual property law that deals with new inventions. Traditional patents protect tangible scientific inventions, however, over time patents have been used to protect a broader variety of inventions such as coding algorithms, business practices, or genetically modified organisms.

In general, a patent can be granted if an invention is not a natural object or process, new, useful, and not obvious.

Once granted, a patent gives the inventors the exclusive right to sell their invention for 20 years. Sometimes inventors give other companies a license to manufacture and sell the invention in exchange for a fee.

What was the invention?

The team from UOC has discovered a compound extracted from the mushroom Fulviformes fastuosus to show significant anticancer activity against Rhabdomyosarcoma, which is an aggressive and highly malignant form of childhood cancer.

According to UOC the invention is pertinent to “A novel method to isolate a potent anticancer compound inoscavin A from a Sri Lankan terrestrial mushroom, Fulviformes fastuosus, to treat rhabdomyosarcoma cancer”.

This novel method can be effectively used for the preparation of any antitumor medicinal preparation using inoscavin A.

The uniqueness of this compound, Inoscavin A, is that:

The teams’ future plan is to embark on new areas of Biotechnology research based on natural product and anticancer research that are relevant to the development of the industrial base in Sri Lanka within an internationally competitive landscape. 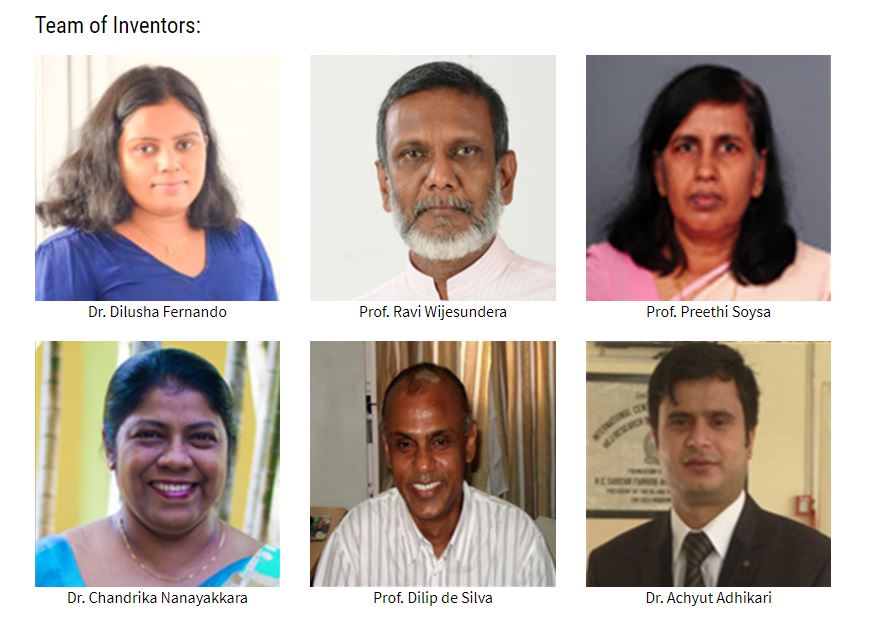