A photo of two female police officers wearing headscarves has been shared repeatedly in Facebook posts which claim it shows them on duty in the Sri Lankan capital of Colombo. The image is being used in a misleading context; the photo shows two police officers in Dubai in 2016. 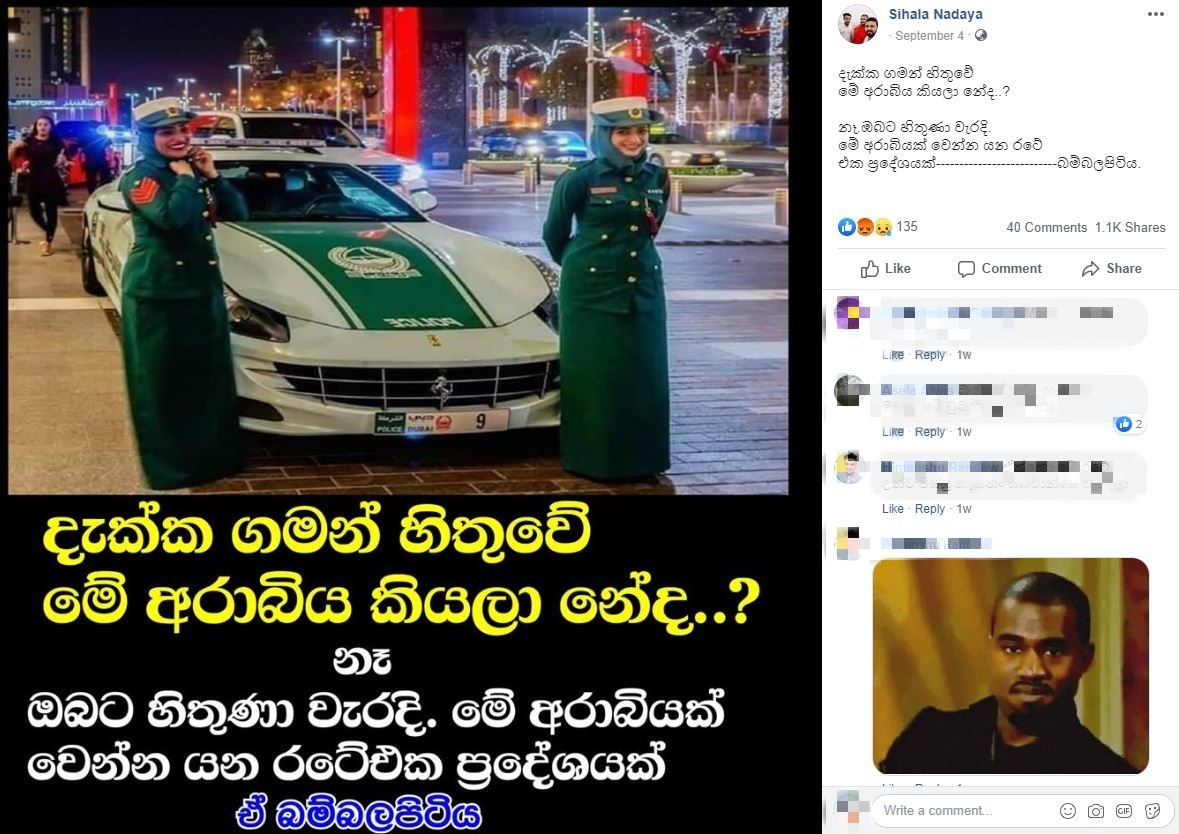 The Sinhala language text superimposed on the image translates to English as:

“”Did you think it’s an Arab country as soon as you saw it..?

“No. You thought wrong. This is part of this country that is going to be an Arabic country. It’s Bambalapitiya”.

The misleading post was published days after tens of thousands of Bohra Muslims arriving in Colombo for the annual Bohra conference. The event was held between September 1st and 10th, according to this AFP report.

Comments by some social media users on the misleading post suggest they believed the claim. Below is a screenshot of one of the comments:

Screenshot of comments by users indicating they believed the misleading claim.

The Sinhala language comment translates to English as: “We can only watch and wait. Our country is destroyed. If not Buddhists have to step out to the streets as one”.

The same image was shared on Facebook here, here and here with a similar claim.

The claim is false; the photo shows two police officers in Dubai in 2016.

Below is a screenshot comparison of the image on Shutterstock (L) and the image in the misleading posts (R): 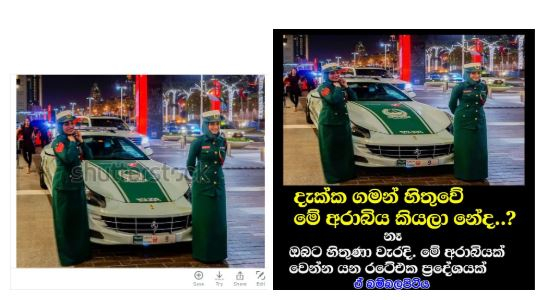 The same image was published in this article by Jordanian news site Al Bawaba about deploying all-women patrolling units in Dubai in August 2019.

The logo on the car in Shutterstock photo (L) is identical to the Dubai Police logo (R) as seen in the comparison below: